The 5th NH suffered its first casualty on the train from Concord, long before the first battle!

We join the story “Stick Figure Civil War” in progress as the 5th NH Volunteers deploy for war:  (NOTE: Incorrect date below should read “October 27, 1861”; this is part of a longer 24 hour comic, so technically, errors such ast this cannot be corrected, according to the rules of the 24 hour comic!) 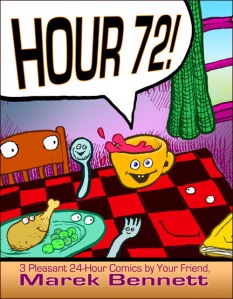