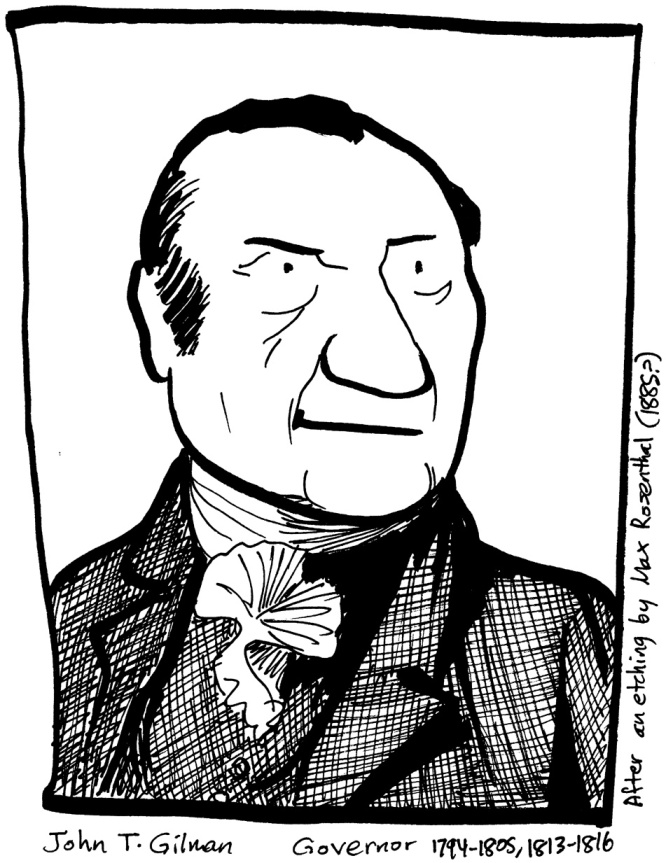 Gilman served as governor of NH from 1794-1805, and again from 1813-1816.  The town of Gilmanton
is named after his family.  He was governor when the state legislature passed NH’s first mandatory voter check-list law.

During the American Revolution he served in the “Minutemen” militia.

Drawn from an engraving by Max Rosenthal.

One thought on “John T. Gilman”