Tragedies, travels, & teenage failures of one of New Hampshire’s most powerful exports… 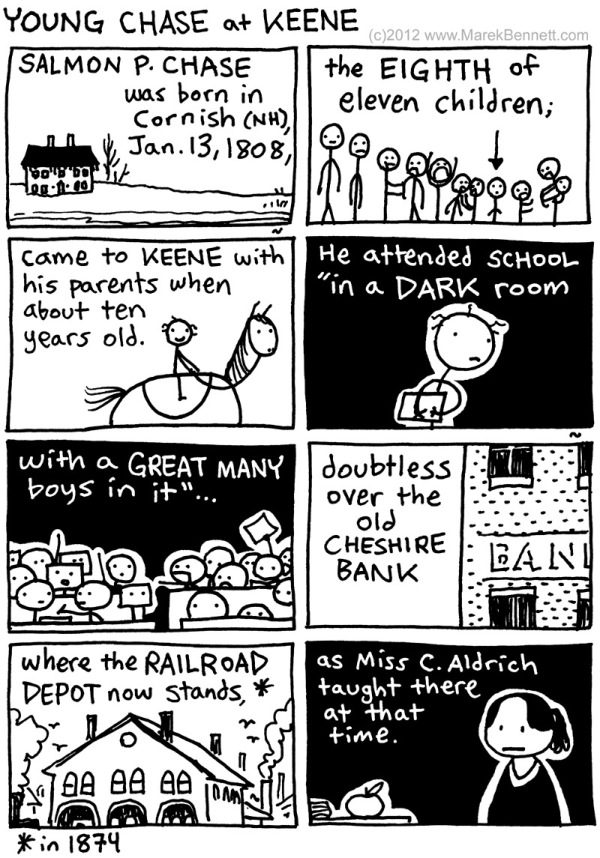 SOURCE:
Griffin’s History of Keene, N.H. (1874) + roadside marker
(The “quoted text” in the comic are apparently from Chase’s own autobiographical account.)

Of course, Salmon P. Chase would bounce back from this initial hardship, and go on to become a successful lawyer, Senator, Governor, an abolitionist leader in the new Republican party, Lincoln’s Secretary of the Treasury (during the Civil War), and ultimately Chief Justice of the U.S. Supreme Court!  Chase died around the same time that Griffin was preparing his History.

During an expedition this week along the Connecticut River, this State roadside marker presented itself in Cornish:

I suspected Griffin’s history must have more to say about Chase’s early life, and sure enough it contained some of the lesser-known stories (p. 572-3)!