1862: With the war raging next door in Maryland, the city of Philadelphia STILL insists on certain inconvenient city ordinances …

<< BEFORE: Waiting under guard … 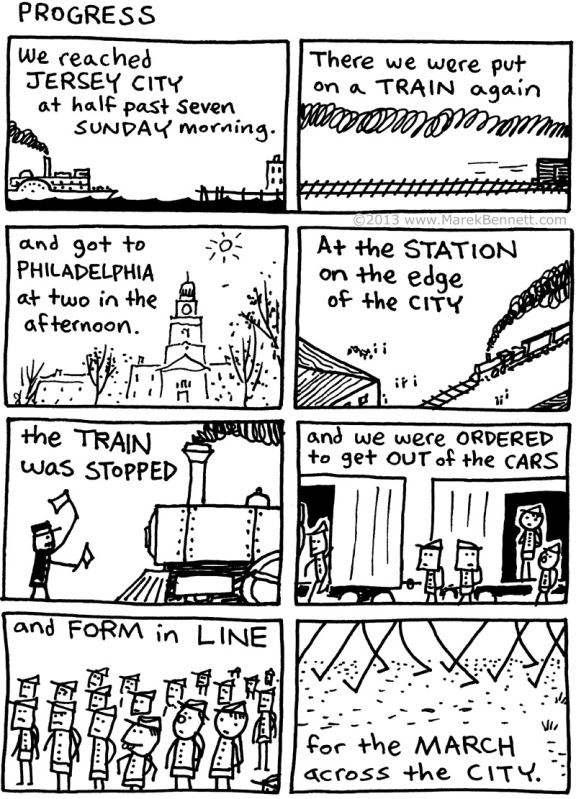 I find it almost unbelievable that this was the system for moving troops to the front!  Remember that at this same time (September 1862), Lee’s first invasion of the North is actually underway!  This tells us a LOT about the weight of local laws vs. the national war effort in 1862.

Photo references for this entry proved difficult to track down.  Here are a few, if you’d like to see the sources:

One response to “Colby 22: Philadelphia by Mule”