Here’s ARTICLE 1, from the “Bill of Rights” of the NH State Constitution:

Article 1. [Equality of Men; Origin and Object of Government.] All men are born equally free and independent; therefore, all government of right originates from the people, is founded in consent, and instituted for the general good.

I am accustomed to thinking of “RIGHTS” as spiky, durable, non-negotiable things — granitic outcroppings, say, of the existential bedrock of humanity.  Drawing this article made me wonder if perhaps sometimes our rights are more fragile than that, in need of tending and protection — thus the butterfly.

Three things I notice while looking through NH’s Bill of Rights: 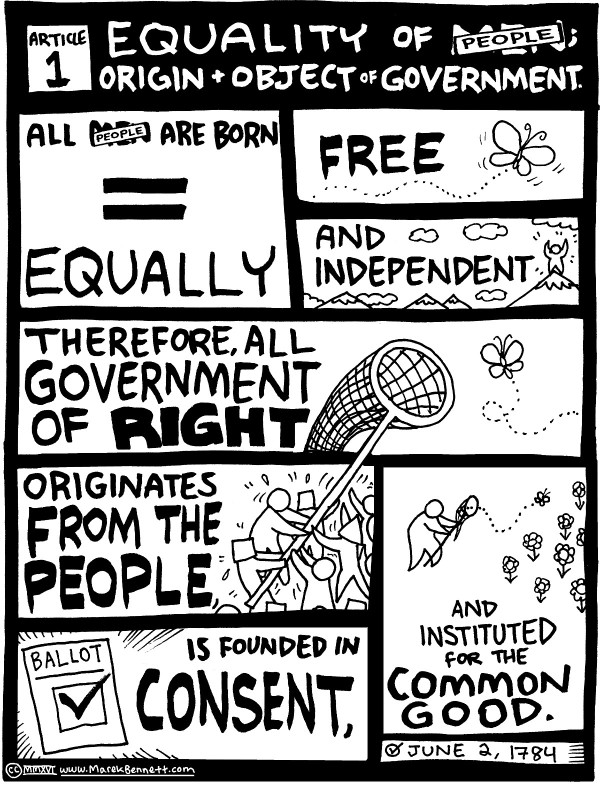